YAY! Today is blog tour day! It's my first blog tour so if everything is complicated I'm sorry. I'm learning. :) Anyway here the book that this tour is about: 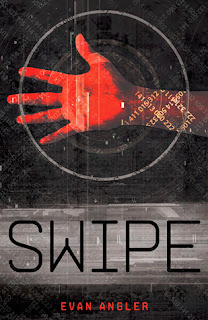 Everyone gets the Mark. It gives all the benefits of citizenship. Yet if getting the Mark is such a good thing, then why does it feel so wrong?


Set in a future North America that is struggling to recover after famine and global war, Swipe follows the lives of three kids caught in the middle of a conflict they didn't even know existed. United under a charismatic leader, every citizen of the American Union is required to get the Mark on their 13th birthday in order to gain the benefits of citizenship.
The Mark is a tattoo that must be swiped by special scanners for everything from employment to transportation to shopping. It’s almost Logan Langly’s 13th birthday and he knows he should be excited about getting the Mark, but he hasn't been able to shake the feeling he’s being watched. Not since his sister went to get her Mark five years ago . . . and never came back.

When Logan and his friends discover the truth behind the Mark, will they ever be able to go back to being normal teenagers? Find out in the first book of this exciting series that is Left Behind meets Matched for middle-grade readers.

Movie Rating: PG for sequences of suspense
Book Rating: @@@@@
Swearing: None
Inapropriate Scenes: None
# of Pages: 273 (paperback)
Genre: YA Dystopian
Publisher: Thomas Nelson
LLFTB: What may seem good on the outside in often bad on the inside

I cannot tell you how nice it was to finally be able to pick up a book and not worry if my mom or little brother picked the book up. Swipe is a good clean book that still packs a punch! And although geared toward younger readers I am proof that older teens will also love this book! :) And I saw something interesting in the back of Swipe--I read that it's a debut. If so, then Mr. Evan Angler has TONS of talent! And I cannot wait for Sneak to come out!! Mr. Angler I am a forever fan! 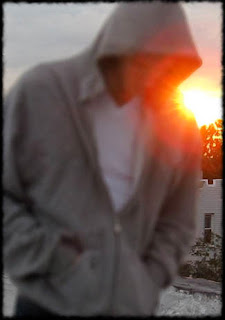 Evan lives without the Mark, evading DOME and writing in the shadows of Beacon.
Swipe is his first book. But if anyone asks, you know nothing about it, and you didn't hear anything from him. Don't make eye contact if you see him. Don't call his name out loud. He's in enough trouble already.
And so are you , if you've read his book.

Even though Mr. Angler is busy evading DOME and trying to stay hidden he has decided to come forward and tell us, his devoted fans, a little about himself, although he can be traced online. So it is with great pleasure that I introduce to you the brave Mr. Evan Angler himself!!! :)


1: If you had the power to control any of the 4 main elements (air, water, earth, or fire) which would it be? Why?
Very many of the earth's environmental and political problems could be solved if we could just figure out how to control water. Think about it—no more food shortages from droughts, no more deadly hurricanes and floods and tsunamis, no more fighting over land based on water scarcity...billions of lives could be improved and saved. I'd pick water in a heartbeat.
2: If you had the power to go into the past where would you go? Why?
I’d like to go back to the very beginning of the post-Unity period, to the start of the American Union and the year this Mark program was instituted...and I’d like to tell them a thing or two about where it was headed.
3: If you could travel anywhere in the world free of charge and free from harm where would it be?
I’ve been lucky enough to do a lot of traveling in the time I’ve spent running from the Department of Marked Emergencies (DOME). I’ve been all over the American Union and even a bit around European Union, so these days, anywhere not under direct DOME surveillance would be fine by me! Someday, I suppose I’d like to visit the area that used to be called Japan.
4: If you could pick your own superhero power what would it be?
I’d like to be able to control time. It really is our most valuable commodity, so even minimal control, like just being able to add a couple hours to the day every once in a while, would be a super awesome superpower.
5: If you could have 3 book characters over to dinner who would you pick?
From the Swipe series, I’ve enjoyed my dinners with Erin, since she’s pretty feisty, and a lot smarter than I am. It’s easy to see why Logan has a bit of a crush on her, though I’d appreciate it if you didn’t tell her I said so, as her ego is healthy enough as it is! It’s also always fun to eat with Tyler and Eddie, even though their dinners always seem to end in a food fight.


And that's the end! Take a bow Mr. Angler! You have survived an author interview without DOME finding you! :)

And here's the other wonderful bloggers participating in this tour: